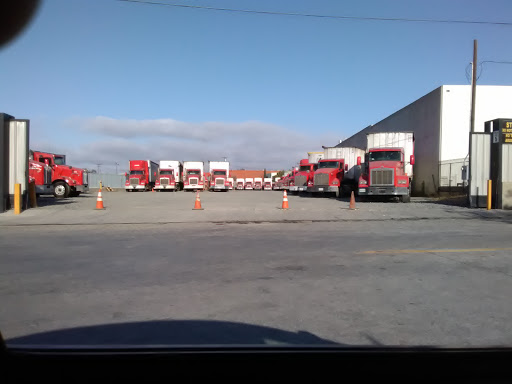 This place is a TOTAL RIP OFF AND NOTHING BUT LIARS! My sister purchased a Malibu for $3700, waived the "return warranty" at the advice of the sales rep due to how far we live and it wouldnt be worth it. She was told that all vehicles are inspected and driven for at least 30 minutes to ensure no major defects, what a load! You cant test drive the cars, they have someone doing illegal smogs because not even a brand new car shows ZERO emissions on a smog test yet this one does. This I know for a fact, I come from a long line of mechanics and smog techs. Anyway, She drove off the lot straight onto the freeway and 15 miles down the road the car overheated, wouldnt start and had to be towed home. When called the next day they told her "you didnt buy the warranty, its your problem" Yes she should have got the warranty, but even if she had in 2 days it would have been void anyway. Either way, they are liars this was on March 30, 2011 it is now June 8 and we still have not recieved the pink slip. Every time we call we are told the same line "we recieved it 2 days ago, would you like me to mail it?" Ok, yes the DMV is slow but not that slow! Do yourself a favor and either spend a little more or expect to pay for major repairs that are not listed on the vehicle like another post says. And think about this, they are called Charity Auctions because the private seller or entity whom owned them prior KNEW they would not be able to sell it so they donated it, that way they at least get a tax write off.

Used car bargain bin. This place is like a GIANT bargain bin for used cars. It is a fairly large dirt lot with many cars fairly well labeled and good for the DIY person. I did not see any help around (or knew were to get some) and I was there for and hour browsing. The place does not give you the warm and fuzy feeling that you are gonna buy something that will last (any amount of time) it is more like gambling than anything. Prices range from nice to WHAT &%#@* are they thinking? The cars have junk removed from them but not "dealer" clean. They look like the average car in the street. If the previous owner smoked, drove with a pet, had kids that pee in the seats you will know because the car will stink like it. You will find a VERY wide selection of cars but the selection includes: cars that need work, do not pass smogged, and have multiple defects. Big problems are labeled so you would know such things before hand. Even the keys are inside all the cars I looked at. I would say you are better of buying from a private party since you are likely to get something in better condition and at least the owner may have some history info on the car. But if yiu are a gambler and know about cars, you will likely like this place. Oh there is little street parking and watch out were you park because the VERY efficient parking enforcement personnel patrols the place often and I saw several vehicles get parking tickets.

Well, just 3 weeks ago, I coached my daughter in buying a 2000 Ford Mustang convertible, I’m very scared now because just over the weekend I noticed an oil leak, I took it anyway to have a smog test done (passed) because we’re getting it registered, the mechanic told me the leak looks like it’s coming from the gasket? Does that mean it’ll need a head gasket job done???... so frustrated and is taking it to another shop to see what they say, and the driver seat was worn and broken, I was lucky to find another seat for 18 bucks, the seat was the only thing worn out inside the car, other than that it’s pretty clean, really nervous about the leak.

I bought 3 cars 1 familiar troka infinity and Nissan and recent one doge and have no car problems. Very sincere workers and help me with all the information about the cars and you can not just turn and run everything is a risk but the workers know and recommend I trust them.

I had a great experience with a son and me. No pressure from a salesman nobody pressuring to purchase anything. My son and i walked the whole entire parking lot. We both got in out of vehicles turned them on to hear the engines. In the end my son found the car he wanted to purchase and it was a pleasure to work an awesome employee who was super nice ... My son purchase a dodge charger great condition and no engine or DMV problems. My next car purchase will be from BLOK CHARITY I REALLY ENJOYED THE EXPERIENCE with no salesman harrassing or pressuring you to buy ! Thank YOU BLOK CHARITY! A customer for LIFE!

I spent weeks trying to find a cheap used car. Went to Blok auction to find a honda or toyota. Was a little hard to find a sales guy, but eventually found someone named Rick. He was very helpful. Paid $3500 for a nice Toyota camry. Drove it to Pittsburgh PA and back. I never thought it would make it that far. Similar camrys I looked at were 2-3 thousand more. I was a little worried after reading some of the other comments on google. I had a great experience.

All the "people named" laura,tommy,bill.. That gave this a 5 star review are fake..most are employess of blok, believe me i used to work there for a while, watch out dont go there, while you are at the cashier after you pay for your car, we are draining the gas in the back..and if we are missing nobs in other cars not yet sold we will take yours away... STAY AWAY FROM THIS PLACE.. BE WARNED..

I went here after reading some reviews - good and bad. I thought the prices were good. Some of the cars are horrible. Some are alright. I bought a toyota. It runs a little rough and had some minor damage inside. But the price was good. Hopefully it lasts a while :)

All their cars are junk and not looked over. Be ready to run into major problems after purchasing one of these lemons. Most of them are not safe to drive on the street.Buy somewhere were you can test drive the car before you buy it. I wish I had.

Very bad experience, no test drive, cannot pay with card or cash, then they send you to their insuranse guy, to make sure you not gonna be able to return an insured vehicle already, and all cars are trashed, to be honest.

The cars here are good. Some suck, but I looked at a bunch of cars that actually looked pretty good. I know a few people that have gotten cars here and they seem to run okay... especially for the price.

Read good and bad online. Checked out their lot. The cars are donated. Not sure why anyone is expecting the Taj Mahal. Also why are some of you reveiwing the reviews and not the actual company? Strange.

Greatly disappointed. I guess if you know your cars and will to take a gamble it the place. There is no help. Just cars lined up row after row.

I brought a 2000 Volkswagen bettle for $3,000... And it only lasted month before the transmission and engine went out. A piece of crap.

Here is a great car auction . If you are in need for a cheap Transportation just be careful on what you buy check it out thoroughly.

I need a car now it havent been a year and I spent 3,400 on the car that needs a transmission. Bad decision going there

hit the car before leaving, do everything to erase the dash lights and make sold with the damaged engine and they know

Beware! This company is unethical, they have decoys as bidders in the audience to drive up the prices on the cars!

Okay to buy, but we bought 2 cars, my sister end i were having to many problems with the paperwork

Super straightforward. Be sure to inspect the car you are interested i before the auction

The website have more accurate inventory then the paper they provide you at the gate.

We purchased our car the same day! No hassles, no pressure sales. 5 stars!

Ok prices but they tried to get me to bid against a fictional bidder.

The service here is great. So helpful and happy with my new/old car

Bought a Honda accord 2009 a week ago its in excellent condition.

Finding a good quality car? This is a place to look for first.

Worst place ever! Better off at craglist ,

Everything is A1 at this place !!

Lots of cars at great prices

I get my baby if there

I brought my car there

I mate check it out