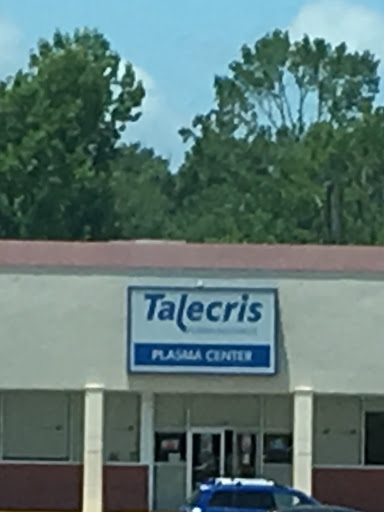 This center started out ok but they have some serious management AND customer service issues. I arrived today at 6:55 am and there was already a small crowd as they only had two people working. Dawn setting up beds and Cornelius sticking. Many people in the lobby complained about Cornelius sticking them - and Dawn two blew out my vein(with his assistance) less than a month ago and I agree they are not the best phlebotomists. After two hours, a guy who came in after a large group of us, complained that he had something to do and was taken right to the back... so I complained to dawn that I have things going on today and also would like to go back. She said that she took him to the back because she wasn’t going to lose any donors? I told her everyone saw what happened and in the future would try the same thing. She asked my name and told me if I tried to do that, she’d remember and know I was just trying to skip line. well, she lost me and my husband. There is a waiting list for a reason. Her rude attitude like she is the boss of something has gone to her head. Most of the staff members have the same attitudes. Very few actual “good” employees at this location. Will not be back.

This place is terrible!!! The employess are super ghetto. There is no type if professionalism at all.I had an issue a week ago and was made to leave and because the other person was known more by the facility they were able to stay without reprecutions.The "manager" was very ignorant and disrespectful.. shes the light skinned girl who use to be really big. Now everytime I come in she HAS to make sure i see her irrelvant ass. Plus they treat you like your needy. Some of the employees are very nice

There is no damn sign paperwork stating maximum weight limit. But there is one for minimum weight limit. There is like 1-2 people there that screen will help u out if ur like a lb or 2 but others r assholes and want to stick to the rules. But how can it be a rule if there is nothing saying about it.

Drug addicts fill the seats. Why? To pay for more crack,meth,heroin,pills ect...... Me whom has a script! There to get money to bupampers and wipes! But I was denied because I take medicine which I have a script for... But no got turned away... Assholes!! I do not recommend this place!!

Some of them are fine looking if you catch them out of their work uniform. But looks can be deceiving they have some nasty attitudes and sometimes you can over hear them talking about donors.

Terrible customer service. Not enough people working. They allow people waiting to drink alcohol. A few of the females think they are better than anybody else.

Am tired of having to wait between 4 to 5 hours every time I go to donate. Not enough staff and most, not all, are very rude.

This is the worst place i have ever seen. Im not sure how they still operating this piece of crap. Very unprofessional.

The people are very rude and unprofessional. I have permanent scars where they missed veins.

4th time here always the same wait forever and if they know you ,you get hooked up faster

You can get paid to look at pretty faces. The donors should pay them