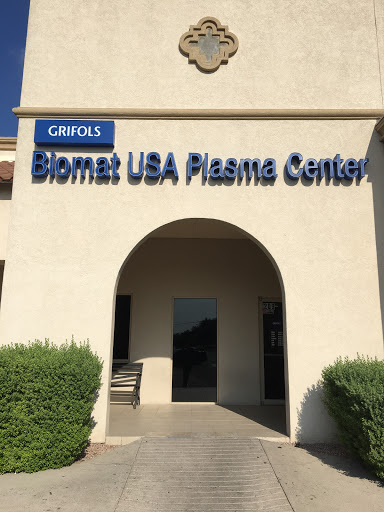 For the most part, the service is moderate at best! Ive been going with my girlfriend for a few months! The staff for the most part is horrible!! there are a few good apples and thats what has been keeping us going back! Some of the staff mishandles that needle when they stick you! Moving it around when they dont need too, sticking it through the vein to where the skin swells and turns purple! Very rude staff with little customer service! My girlfriend and I went in at the same time and she was done with her donation before I even started!! It was not overly busy as some of the front desk staff were just sitting around talking like there was nobody in the reception area. I stayed patient thinking there is a good reason for the wait difference. When I saw the returning donors that came after me donate before me, I got up to ask why I hadnt been called as I had been waiting longer than them and was there before them. The front desk employee said "I dont know whats going on. maybe they have VIP cards. I dont even know your name." I was in shock on how rude she was!! I know that they didnt have VIP cards because I watched them as they came, signed in, and went to donate in the order that they arrived! No VIP cards were used!! The staff member could have checked the VIP list to show me that is the reason but she didnt even bother to look because she knows she was lying and didnt want to deal with it while 2 other staff members were sitting around conversing about the weekend and other staff members!! She could have asked me for my name in a professional manor as well. When she finally did go check, she showed me my folder and told me I was next, then 2 other people went before me once again!! I tried to get the employees name afterward so I could report her and the other staff said they didnt know who I was talking about and that some staff went out to lunch!! I knew she was lying because they had been conversing as well the whole time I was watching and waiting for them to call me. I know it takes time to donate, but it shouldnt take longer than the next person. I will never go back to this establishment ever again and I will make sure everyone I know that does never goes back either!!

A very awful place to be & work. I know because I was on both ends as a donor & a phlebotomist here. Workers cut a lot of corners even gossip about donors & they also "forget" to pay you most of the time. -Terrible place, dreadful work environment.

This place is horrible. Long wait times and the manager in charge of the nurses, who obviously sides with the staff is kind of bipolar and seems to have anger issues. A lot of miscommunication with staff and language barrier issues.

They work AT there own pace. Very slow and no good reason half the time. They really only speeds things up when the manager is there. Also in my opinion there understaffed. Come to grifols for very unhappy workers.

Lie on the forms they give you to fill out. Inform them you have eaten in the last 4 hours and you are not on any medication what so ever. Be prepared to wait a long a** time either way.

My friend Crystal Guzman donates for the good cause and the staff is very friendly. Great atmosphere ;-)

Can literally feeling myself aging in the blistering frozen tundra they call a waiting room.

Desrespectful staff trying to hit on my girlfriend 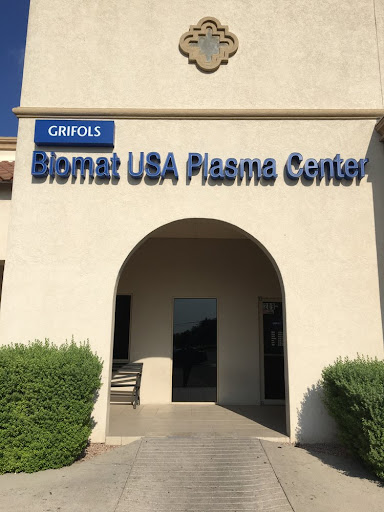 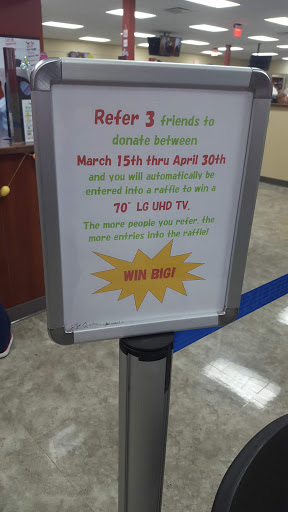 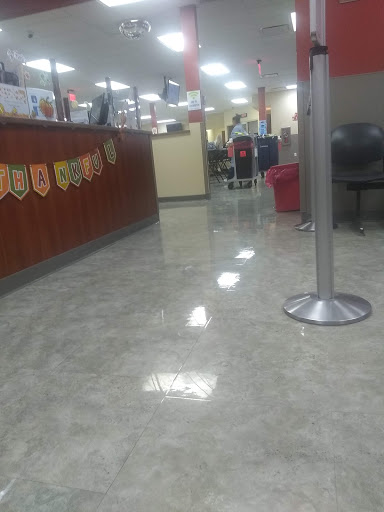 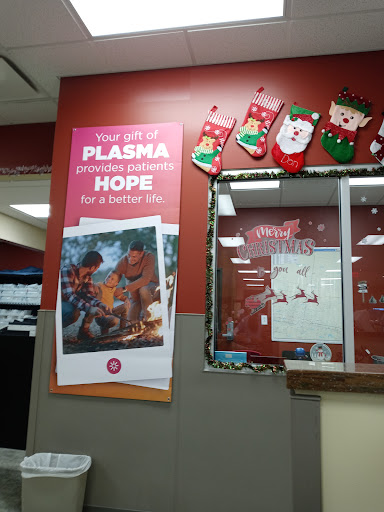 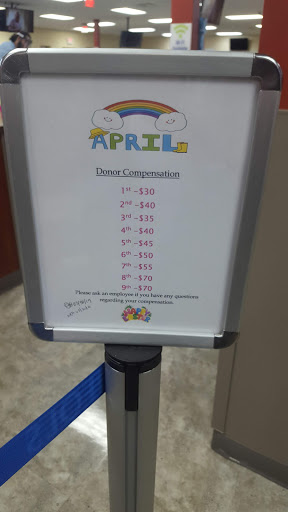 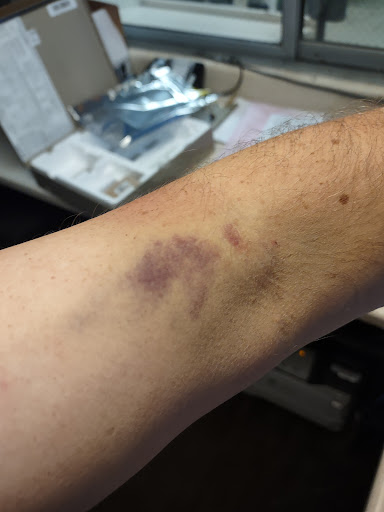 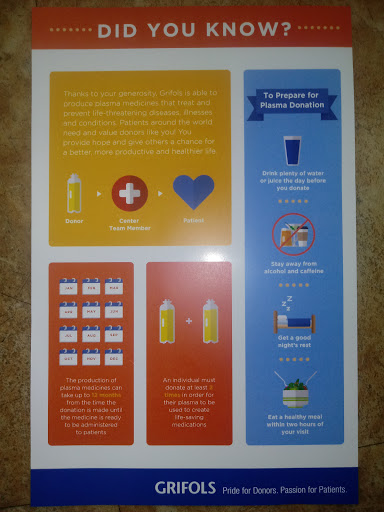 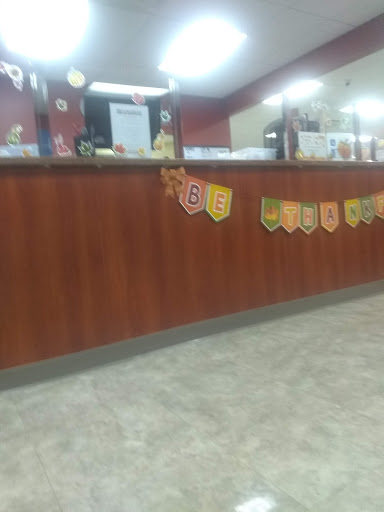 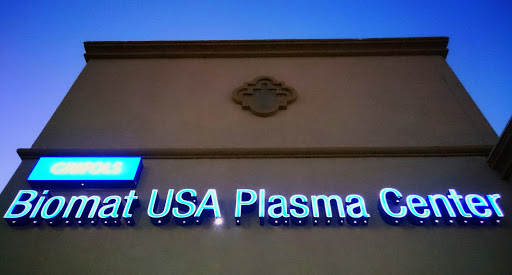 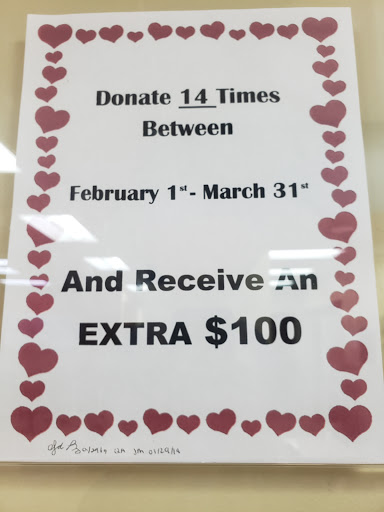 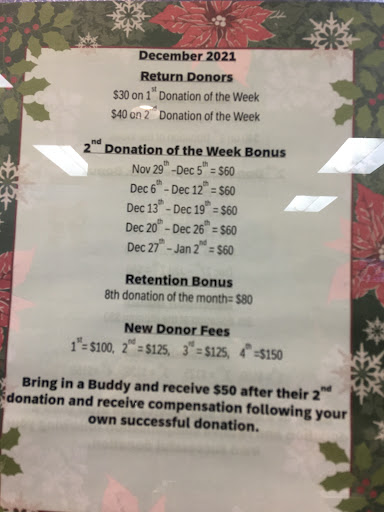 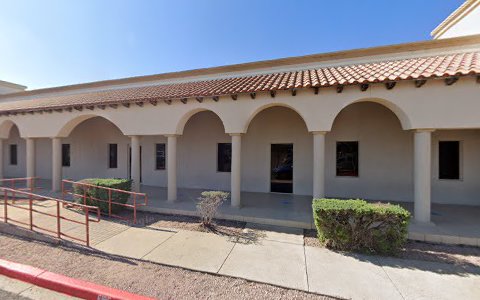